“Mission over. Number of players left in the arena: 10.

Player 419, your kill count is: 46 players. Your competition ranking is: Number 1.

Congratulations for obtaining the semifinal qualifications, please wait 30 seconds before advancing into the ending segment.”

—Was the sacrifice ceremony over now?

Tyler apathetically thought and returned his blade into his scabbard.

He felt a copious amount of power inhibiting him from making any further action. Soon after, the platform below his feet slowly rose—

Gradually, before his eyes, all the spectators came into view.

The audience was currently calling out in all sorts of ways, their voices were like a tide that washed over everything. Some high pitched screams were mixed in as well. “Player 419!”

“Oohhhhhhh—I love you my hubby! You’re so great hubby!

They waved around everything in their hands. The various colors looked like an endless moving rainbow light from Tyler’s point of view. They whistled in all sorts of ways, cheered—anything to make him turn his attention to them. Whenever it looked like his gaze fell onto a certain area, the hundreds and thousands of people there would stand up to cheer and applaud. They threw all sorts of objects down at the stage; there was money, handkerchiefs, and even cellphones. These things all turned into data and disappeared the moment they touched the stage.

This did not look like something that should happen after a large stage massacre.

They should be feeling fear towards him, panic and hate, not such extreme passion and worship.

To this situation, Tyler found it very hard to understand.

His expressionless face was hidden well beneath his hood, so the audience could only see “Player 419” tilting his head at a loss. Immediately, a screech erupted out: “So cute!”

“Hubby number one! Hubby, you’re so cute I will explode in my seat!”

Tyler had his arms crossed over his chest and did not make any comment about the commotion . He thought in his mind: Perhaps this is a country under the God of Slaughter’s jurisdiction? All view “slaughter” as glory, so the more I kill, the more popular I would be?

After the thirty seconds of cheers ended, the other nine platforms rose up one by one, each displaying one of the players that survived the great chaotic battle.

The audience once again erupted in screams and cheers, which further confirmed Tyler’s guess.

After the ten players made their way up, the anchor slowly walked out from the backstage and said, “Congratulations to our ten players for obtaining the semifinal qualifications of the First Class Gold League of Chaoyang Union Earth Zone! …May the players please say a few words of your current feelings.”

Starting from the tenth player, they all expressed that they’re thankful, fortunate, and that they will continue to work hard toward victory.

Although it was all cliche, the audience still gave them respect as they showed enough enthusiasm

Finally when it was the first player, the anchor said passionately, “Congratulations Player 419 for taking victory! According to the rules, the player that obtains first place can announce their true name right now. Would you—”

The anchor coughed and bolstered even more passion to say, “Player 419 is just as mysterious and low-key as always. Then, may I ask if you have anything you would like to say to the present audience?”

“No.” Tyler continued to say coldly.

The audience off stage: “AAAHHHHH—”

The anchor really wanted to wipe off the cold sweat on her back. To prevent the situation from becoming awkward, she quickly said, “My audience friends are too enthusiastic, perhaps Player 419 is shy. Alright, we shall now enter the next segment…”

The audience off stage settled down a bit, but then, a male voice suddenly erupted from them: “You’re so cool hubbyyyyyyyy—”

After two seconds of silence, all the spectators made sounds of surprise, laughter, applause, as well as hissing. For a moment, everyone blew up.

The anchor seized the chance to adjust the atmosphere, “Player 419’s charm truly is astonishing, simply cool to the point you can’t close your legs.”[1]

She borrowed a (glow) stick that was slightly colored and the audience very respectfully whistled.

Tyler who did not understand the stick: ”Indifferent.jpg” 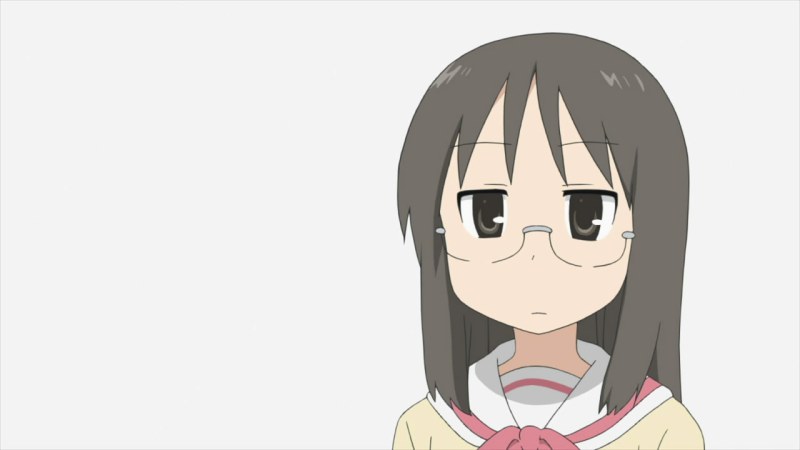 Tyler had his arms crossed over his chest and used an incomparably cold and cool expression and movement to get through the following authentication segment. After he acquired the “next competition goal” namely the “semifinal qualifications”, he walked off stage with the other players and disappeared from the competition scene.

Then he found himself on a street filled with the customs of a foreign land.

Everything appears to be made of unknown metal, and virtual lighting effects. The pedestrians had all sorts of appearances and would appear and disappear from time to time.

Tyler confirmed that this was a world he had never been to before.

He observed the people. Only after he observed that the indigenous people used similar movements, would he move. Then he would study the written language around him—to carry out his mission, the gods had once blessed him with the ability to understand and read any language and text.

After that, Tyler entered a bookstore and walked around, memorizing all types of books. He lingered around the educational books area and quickly flipped through books.

The simplest method to blend into a world was to sneak into the local people’s life, but that also carries its own risk. The next simplest way was to read their educational texts. While one read their texts and observed the natives is a slow process, this option was a much safer way to learn.

All of this was something Tyler couldn’t be more familiar with. He had carried out countless missions in foreign environments and worlds. He knows how to make himself unnoticeable, it was within the assassin’s skillset, the most basic portion of it.

From the text, Tyler slowly absorbed the basic knowledge of this world.

This world did not have a name, everyone believed that they were living in the “Main Universe”.

The culture of this world has already developed for several tens of thousands of years. From the initial uncivilized era, it quickly reached a feudalistic era, then the science and technology culture developed until the current universal culture. They organised the Chaoyang Union in the entire universe and started to grow collaboratively as one entity.

In this era, along with the increased number of colonized planets, the territory of humanity expanded while the population density was very small. The advancement within reality was very high, but extremely desolated, so few people operated in the real world.

People spent most of their time in the virtual network, which comprised of education, entertainment, work, and sleep. Almost nothing needed to be done offline. Even the real body has the perfect Online Guardian System and intelligent machines to serve it.

Due to 99.9% of all physical labor already being done by intelligent machines, and around 50% of mental labor also being done by artificial intelligence, most of the population were unemployed. But the government offer enough welfare to allow jobless citizens to live quite comfortably—whose fault was it that the human territory was so large and so rich in resources, if they don’t waste the money it would be a waste.

So the current humans’ most progressive job is: Game Colonization.

This was the peak of science and technology that Chaoyang Union released, using virtual games and their infrastructure to settle the problem with the population looking for employment.

People were hired to go “play games” that had an underlining background on colonization of “sub-universes”. With great effort, numerous players obtain resources, power, and information after entering a game world. The government thereby cooperated one step further with the players to research and exploit this “sub-universe”.

The so called “E-Sports League” competition was therefore, a competition of skill under such context.

The development of this competition has already become the biggest online league of the e-sport industry. They would collect 100 million yuan every year as award money waiting for players to take. Number of clubs, media, manager companies and their reporters, professional players, anchors, hosts, agents, and coaches all adhere under this great banner to survive and compete.

It was a great supply chain that steadily earned and spent a great amount of money every year.. And the things that catches most people’s attention, the brightest of all was naturally the group of shining stars, skillful experts.

Tyler quickly flipped through the book and slowly placed it back onto the bookshelf.

At this moment, he took notice of a woman who walked by from behind, staring at his figure for dozens of seconds.

Tyler’s vigilance did not show, he very naturally turned around and accidently came face to face with her.

This woman was caught off guard. After being glanced at by Tyler, she spoke with a thoroughly red face, “I’m, I’m sorry mister! I… I think I got the wrong person.”

Tyler could tell from a glance that she had no desire to leave immediately.

Sure enough, she quickly said, “But… but you really look like him. May I ask, are you… are you mister Pei Rong? I… I am your fan! I am your old fan, a fanatical fan. I’ve been registered in Fluffy Supporters for almost ten years!”

However, he temporarily did not have any plan to contact anyone.

“No, you got the wrong person.”

Tyler very naturally turned around and took another book from the bookshelf.

Sometimes an assassin would arouse suspicion. At that moment, the thing you shouldn’t do the most was to lose calm and argue with others. Because the moment you open your mouth and talk, you will attract attention. In that case, any retorts would cause the opposite effect. Even if you acted rational and used words or actions to dispel other people’s doubt, it would only cause more attention to be cast onto you.

If you want to clear yourself of suspicion, the most important thing is: Confidence. A calm and collected “No.”

After he made sure no one was paying attention to him, Tyler opened his own profile panel—he learned how to do it just now.

This was very interesting, the low-key and mysterious great assassin master’s current identity appeared to be a famous star: Pei Rong.

Tyler skimmed “his” life to get the gist of it. The original’s background was very common, his parents died early so he lived his life taking care of his younger sister. He went through life’s hardships through his own high-class natural charm and became a great star of the generation. But then, he secretly withdrew due to his injury.

As for what kind of “injury”… Reportedly, Pei Rong has some kind of hereditary mental cavity disease. Even if the injury he receives was very tiny, it can easily cause all sorts of nervous system symptoms to erupt and can later lead to brain death, turning the person into a vegetable.

This pretty much explained why Pei Rong, the original host of this body, would suddenly die right before the start of the battle.